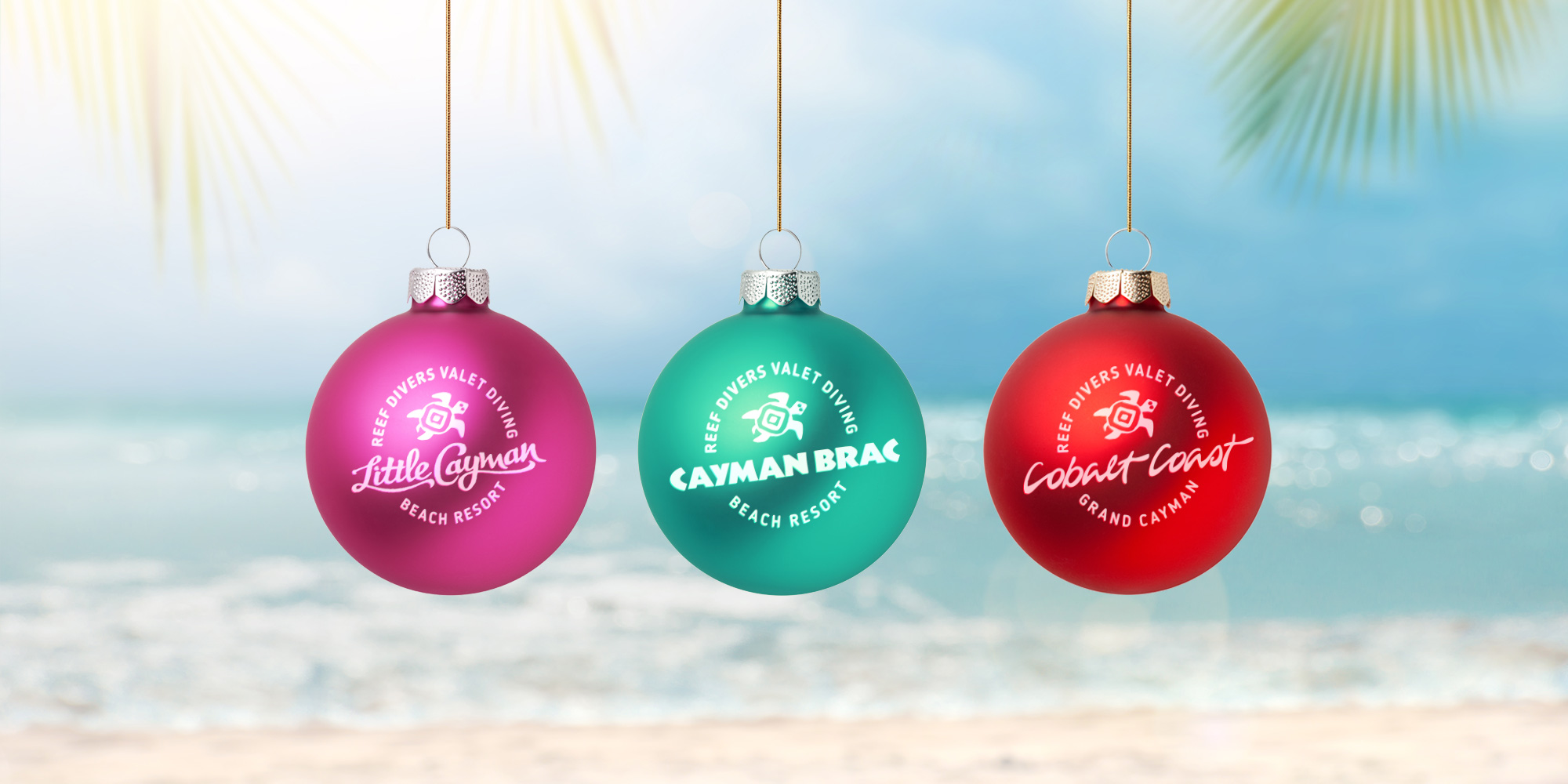 We hope you’ll want to spend part of your holiday season with us at your island home! It’s a popular travel time of year, but with a free place to stay (and NOT with the relatives), how can you resist?

Book now or get full details

At Clearly Cayman Dive Resorts, protecting our environment is in our DNA and is one of our core company values. We are stewards of the natural resources of our islands and the oceans to ensure that future generations of guests will continue to be inspired by their beauty and diversity. We’re always looking for new ways to operate in a more eco-friendly environment.
These are the steps we’ve taken so far:

Find Us at These Dive Shows

If you live in one of these areas or plan to visit, stop by our booth at these dive shows to talk about Cayman Islands’ diving and pick up our show specials:

You’ve Got a Friend (or Two)

These are among our staff rock stars. Look for them to help you feel at home on your next visit to one of our resorts. 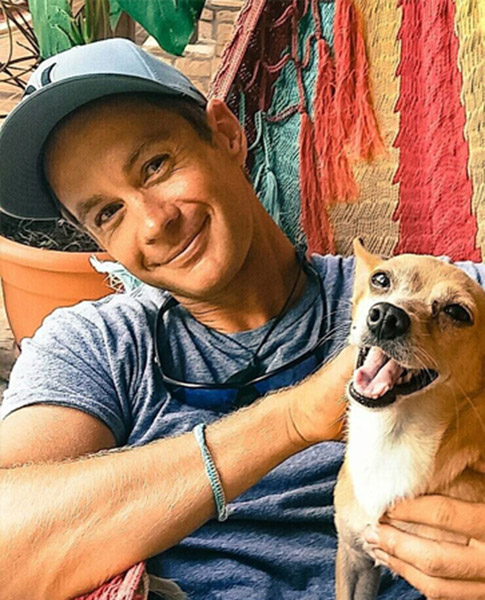 “Life is good,” according to Chris from Dunedin, New Zealand, who comes from a family of adventurers who have moved all over the world in the last 20 years.

While working as a schoolteacher in Oman in the Middle East after college, he chaperoned a group of students training to be open-water divers. When he got into the water with them and saw giant honeycomb morays, leopard sharks, and giant cowtail stingrays, he was hooked.

Chris is in the water whenever and wherever possible. He’s been free-diving with pods of dusky dolphins, listened to the songs of humpback whales while underwater, and even named a newly identified great white shark “Tomahawk” after a Project AWARE FinathonTM off the southern coast of New Zealand.

Chris’s only love greater than his love for the sea, marine life, and teaching diving, is for his long-time dive buddy and new fiancé, Olivia, who is also on the staff of Reef Divers at Cobalt Coast Resort. 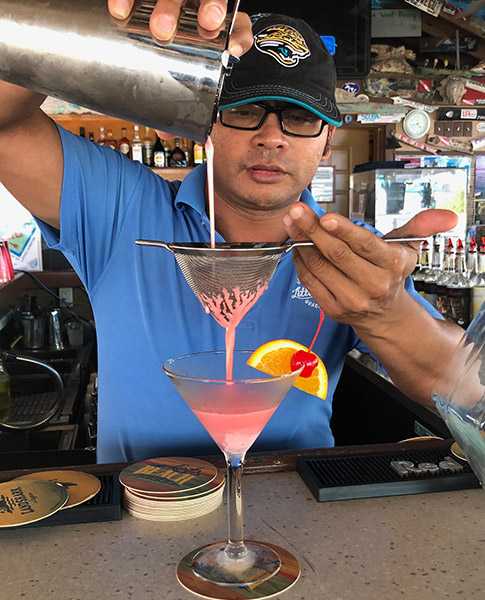 No one puts more effort into perfecting his profession than Rafi, who is originally from Chennai, India. The label “bartender” is no more accurate at describing his skill than “nice water” describes our Cayman Caribbean. Rafi has elevated making cocktails to an art form with the fine-tuned flair of flipping bottles and the “hand magic” he employs while making special drinks.

His father worked in the hotel industry, which inspired Rafi to make hospitality his own career. At 14, he started working in a hotel kitchen, and after further education and training, he became a server, then a bartender, and ultimately a mixologist who blends entertainment into creating and serving drinks. Rafi has won awards for his skill, including a recent third-place finish in the Taste of Cayman with his own Rapture of the Deep concoction.

“I just want guests to feel happy,” said Rafi, who is also an expert at making classic cocktails of the 70s and 80s. “Besides getting better at my craft, I want to learn to swim and explore this beautiful underwater world here on Little Cayman.” 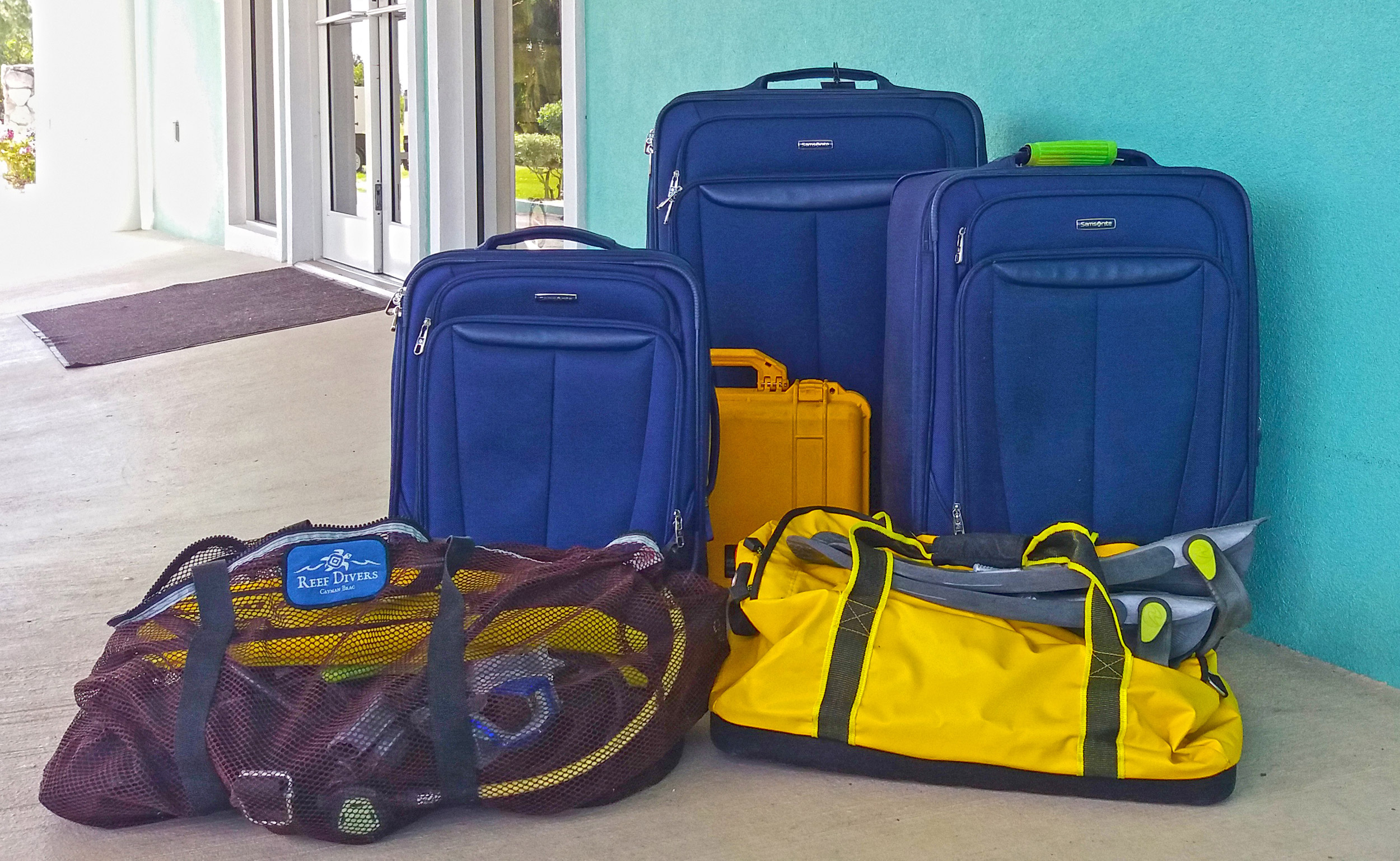 How often do you return home from a dive trip with at least half the items you brought with you never having left your room? Not surprisingly, it happens all the time. So unless you really like packing and schlepping around all that extra weight, here are some hints to make “light” of your next dive trip.

Pull out your final packing list after you return home, crossing off anything you took with you that never came out of your bag. This will make preparing for your next dive trip even easier. With thoughtful packing, you should be able to reduce the volume of items you bring with you and the weight of your luggage.

If you have a great tip to share, please submit it to editor@clearlycayman.com.

Ragnar, a Reef Divers staff member at Cayman Brac Beach Resort, is from from Reykjavik, Iceland. After doing a Discover Scuba in a pool there, he went on a backpacking trip to Central America and got certified in Guatemala. He says that divers are the “coolest” people around…get it? Coolest people from an Icelander!

Ragnar loves diving Wilderness Wall on the south side of Cayman Brac. The 20-minute boat ride from the resort can be exciting when you’re accompanied by brown booby bird escorts, which entertain by dive bombing for fish around the boat.

The top of the wall is only about 50-feet deep, but it has a stunning, sheer drop-off to the bottom that’s several hundred feet away. Divers will find an abundance of marine life on the inner reef at shallower depths—notably, turtles munching on sponges and southern stingrays hiding in the sand. They also love exploring the picturesque swim-throughs. And this site is one of the few on the Brac where hammerhead sharks have been spotted. 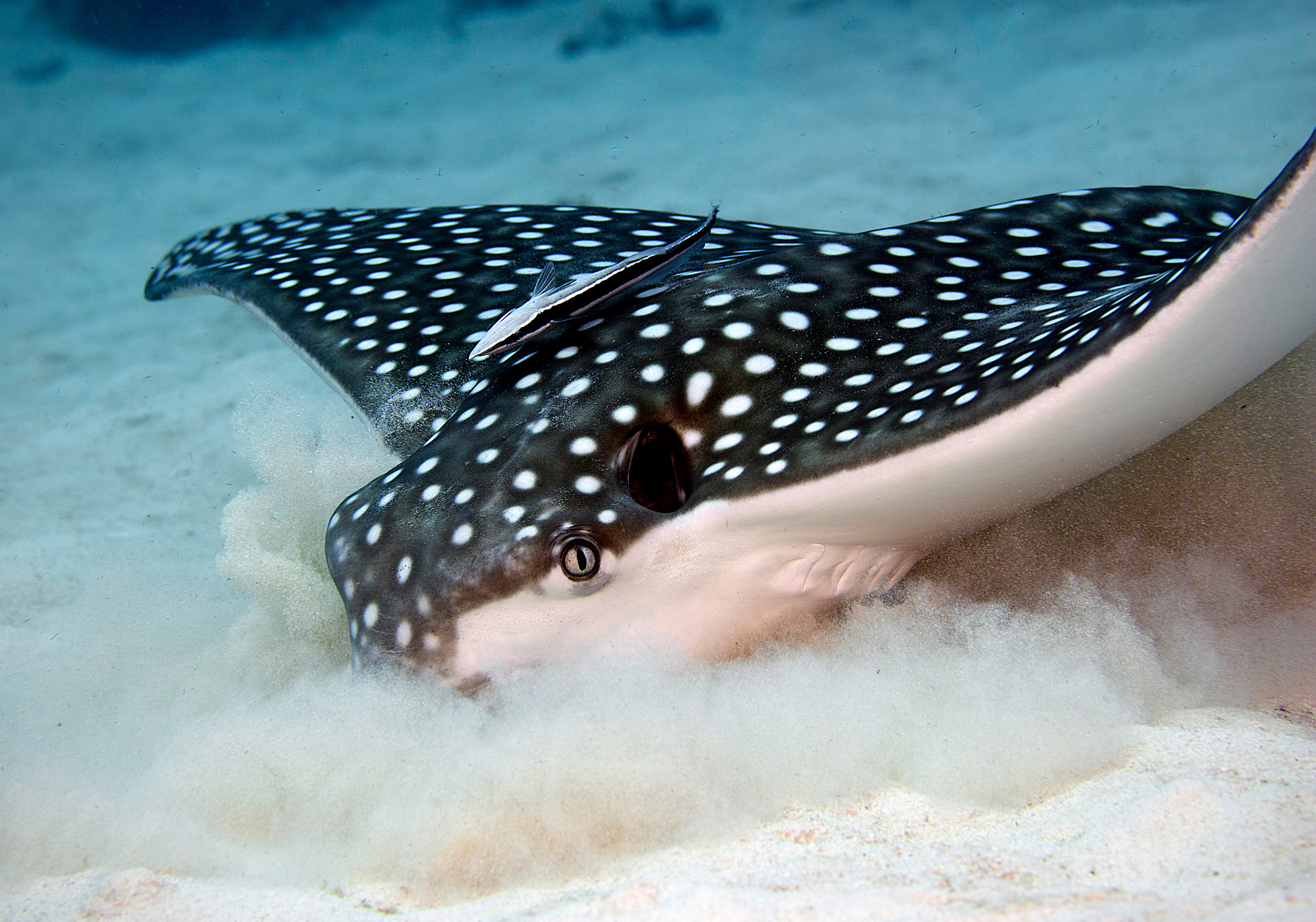 It’s always a treat for divers to see a spotted eagle ray (Aetobatus narinari ) flying across the sandy flats or bottom feeding in Cayman Islands’ waters. They’re considered to be lucky icons and have been important to Caribbean culture for hundreds of years—one of the reasons the CCMI selected it for their logo.